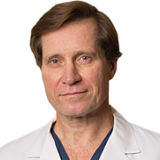 Hair transplant procedure before and after result photos with 2001 grafts

This 50 year old man presented with a history of multiple failed hair restoration procedures.  At a young age he underwent several large-graft plug sessions and a midline scalp reduction.  He reported that the majority of the plugs failed to grow and what did grow left him with unnatural patches of pluggy hair.  The scalp reduction resulted in an exposed midline crown scar.  More recently he gained knowledge about the use of FUE and underwent a large session hoping to enhance his appearance.  Unfortunately, the FUE restoration proved to be a failure with no apparent graft survival.  Sadly, his scarred and unnatural looking scalp had committed him to a life of wearing a hat or hair piece at all times.

His examination revealed a small zone of plug hair in the right and left frontal hairline.  The bald frontal scalp showed evidence of many “empty” or nearly-hairless plugs, as well as a large number of small, hairless scars, these a result of the failed FUE procedure.  A midline scalp reduction scar was obvious.  The donor area was heavily compromised with extensive scarring demonstrated by multiple four-millimeter circular scars from the past plug harvesting and multiple one-millimeter circular scars from the more recent FUE harvest.  Although his donor elasticity was judged adequate for strip harvesting, the classic central donor harvest zone demonstrated moderate to extensive circular scarring, as well as poor quality residual follicular-units, these a result of collateral damage from past plug harvesting and his most recent attempt at an FUE harvest.  Fortunately, he revealed good quality hair in the chest and beard regions.

Recommendation for repair was made which proposed use a multi-stage, prioritization plan to restore hair with the frontal region having the highest priority and prioritization decreasing in a front-to-back fashion moving toward the crown.  The plan proposed an initial salvage strip harvest in the lax but scarred central donor area, followed by FUE using selective harvesting from scalp areas continuing to have accessible follicular units and supplemental body harvesting from the chest and beard areas.

Presented here is a chronological review of his initial four-stage repair.

Postop Final Pics – One year from the final session; two and one-half years from the first session.
Comment:
Grafts harvested from the scalp were deemed lower quality because of the extensive prior harvests causing residual scarring in the central donor region and collateral damage to the remaining follicular-unit donor population.  Chest hairs, although considered excellent with respect to texture and color, were predominantly low-caliber, single-hair units.  Despite these quality issues, the patient was able to achieve adequate density and coverage such that he now lives a comfortable life without any need for a hair piece or hat.  Future restorations using additional chest hair and beard hair are in the making.

Discuss this patient on our
Hair Restoration Forum

6710 grafts shown from the front, viewing before and after pictures.

with 6710 grafts displayed from the left, viewing preoperative and postoperative photographs.

Hair transplant procedure with 6710 grafts displayed from the right, viewing before and after images

Hair transplant session using 6710 grafts displaying before and after photos, viewed from the back.