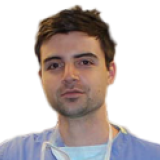 Hair transplant repair before and after result images with 1500 grafts

Wanted to share a different type of case today. And one that I think the community with find interesting.
The patient -- Bob -- had a series of "old school" "hair plugs" done at a clinic in the late 80s/early 90s. Like many of these plug patients, he continued to aggressively lose hair and ended up with an unnatural island of plugs on the top of his scalp.

He visited several clinics over the years and was basically told his donor was too damaged (he stuck with it and had more plug sessions than the average patient) and he was out of options. He came to see us not expecting much, but was pleasantly surprised when we thought he could be repaired.

So I removed as much tissue as safely possible via the FUT technique from the donor and ended up with 1,500 grafts. Although there was a lot of areas requiring attention, I decided on naturalizing the hairline and filling the alleys that had opened up on the sides. It was a very challenging case all around, and I was eager and anxious to see how he progressed!

He came back 8 months later and was a new man! He was very happy and actually asked to do a YouTube video with us to try and reach others who may be in the same situation.

Give the video a watch. It goes through the case and also gives a little background about "plugs" and how we deal with these cases.

Hope you enjoy! And let's all be grateful that we've moved beyond the "hair plug" days! 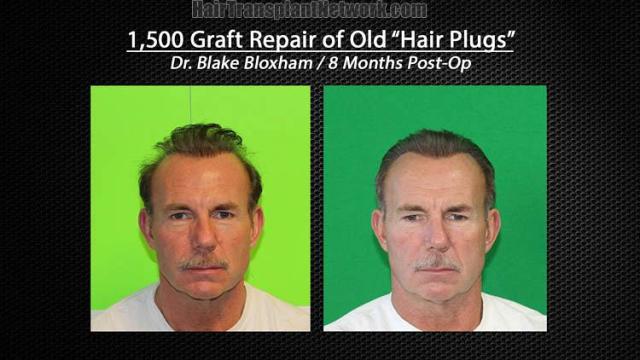 Hair restoration repair surgery using 1500 grafts shown from the front, viewing before and after pictures. 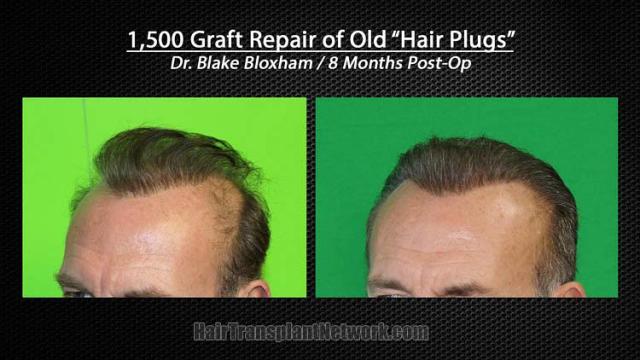 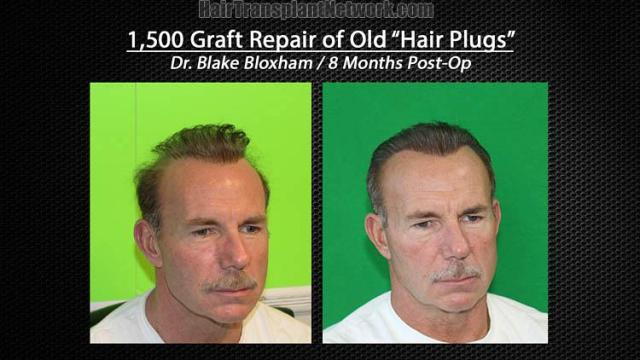 Hair transplant repair procedure with 1500 grafts displayed from the right, viewing before and after images. 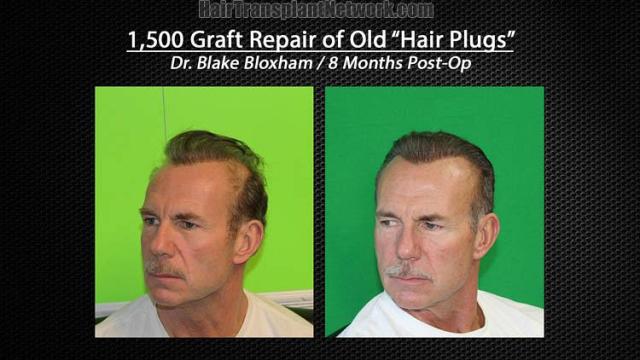 Hair restoration repair surgery with 1500 grafts displayed from the left, viewing before and after pictures. 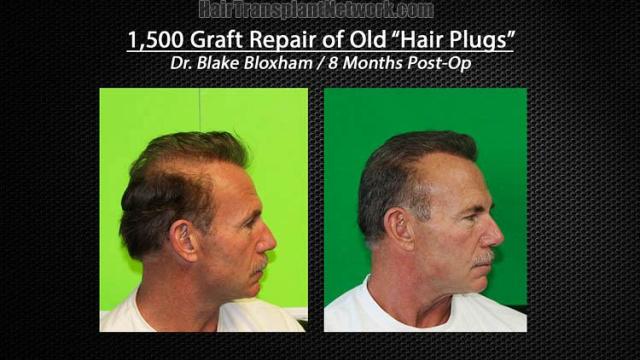 Hair transplant repair surgery with 1500 grafts shown from the right, viewing before and after photos. 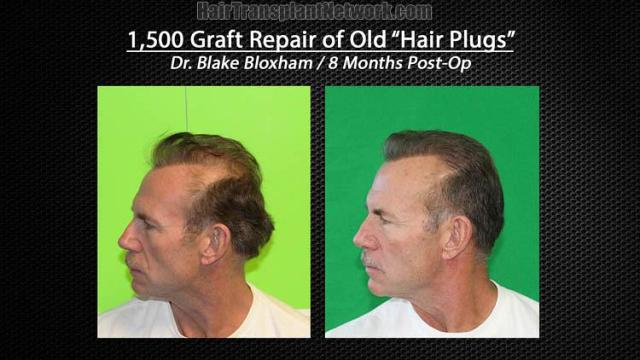 Hair transplant repair surgery using 1500 grafts viewed from the left, displaying before and after photos.