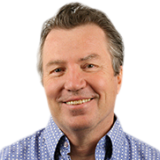 In 2003, I started noticing a thining vertex area at the age of 28. 3 years later I started to be concerned about it and by the age of 33, I started considering surgery.Of course, most of my friends and relatives wouldn't understand, as I have a full front hairline and I manage to hide my bold vertex by combing my hair over it.

In 2009, I had planned a surgery with DHI in Athens. However, shortly before the surgery, I found several negative testimonies and I cancelled it. I just went to their web site and noticed many familiar faces in their testimonial gallery that were supposed to have surgery in 2012. However, many of those picture existed already when I looked them up in 2009.

In 2013, I decided to have surgery and contacted the following doctors in Belgium:
- Dr. Bijan Feriduni: could only find positive feedback, but would have had to wait 7 months to get an appointment, the surgery would have been done 1 month later, but the date didn't match my calendar
- Dr. Christian Bisanga: got an appointment rather quickly and when I met him, I had the feeling that he needed to show off and that it was all about the money. After he had counted my hair and measured my bold vertex area, he said that we'd need 1600 grafts. I told him that it seemed to me that it might not be enough grafts for a nice result. He then said that I was right and that 2700 grafts would be better.
- Dr. Jean Devroye: when I met him, I just felt comfortable. He showed me the clinic and made me chat with his patient of the day.

The surgery I arrived the day before surgery at the clinic. The staff and the Dr. Devroye made me feel very welcome and showed me my room. The clinic has indeed 3 well furnished rooms and patients are recommanded to stay at the clinic the day before and on the day of the surgery. The day of the surgery I had breakfast and a meeting with Dr. Devroye for the photoshooting and then the surgery. It started before 9 a.m. At noon we had lunch altogether and the 4124 grafts were placed by 6 p.m. A good density and elasticity of my donor area allowed to get 10274 hairs.